use SceneKit to display 3d objects in an iOS project

There are three fundamental Kits in iOS development framework named "OpenGL ES", "Metal", "SceneKit" and an extended kit named "RealityKit" for 3d development. The "ARkit" is functional for both 3d and camera display that render a 3d scene in the camera environment.

So how to add a 3d scene to an iOS project by a .scn file? Actualy we can add the 3d scene by other format like "usdz", ".dae", ".abc". see at AppleDeveloper

If we build a mixed app with UIKit and SceneKit, the prefered way is to create a specific assets folder to manage our 3d resources. Then put the meterial files, or we can create a new scene (.scn file) in it. 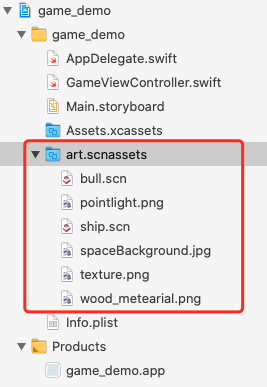 It is easy to create a simple scene in Xcode using File > New File, and it will automatically create an scn file.